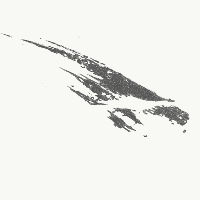 Well, to me, not a terrible chapter, it just didn’t feel like... well, a full chapter. It felt more like an excerpt. Don’t get me wrong, I’m still decently invested in what’s going on, and I’m relatively invested in what’s going on, I just feel like... I dunno, I feel like we could have cut the incredibly fluff bit with John, Harry, and the Vris twins in order to actually go some where with the other part of the chapter.
Top

Caliborn Did Nothing Wrong

2 very nice parts but each cut short by the other.
The way Jane poses makes her feel like some sorta jojo stand or something like that. Anybody else getting this? Like drawings of extremely large anime women in way too intricate spine breaking poses. It was mentioned shes super still in the text too on purpose. Quite funny.
Uwuw capitawism 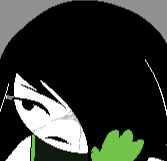 I think the only interesting thing in this chapter is that, while I still consider Jane pretty damn OOC. The fact that it's stated that she's considering aggravating them, or giving up her son, or otherwise doing something to force Jade and Rose into action so she can kill them and get rid of them FOREVER. Is quite...interesting ngl.
HC: There are twelve main classes Muse, Seer, Knight, Witch, Rogue, Heir, Page, Thief, Mage, Prince, Bard, Maid, and Lord---
YN:[yeah dude. Sylphs are fucking gay.].
HC: Shut up!
Top

I can't wait for anything fun and exciting to happen

Holy shit it's been a year and nothing has happened yet. For a frame of reference, the first year of Homestuck ended with Jack: Ascend.

So far our first year of Homestuck^2 has had a lot of people sitting around discussing either the events of Homestuck or the fact that Homestuck^2 will eventually have a plot.

It basically took the worst part of Homestuck (waiting around for 3 years for something to happen) and made that the entire story.

vellinothewitch wrote: ↑
Tue Oct 06, 2020 9:52 am
Holy shit it's been a year and nothing has happened yet. For a frame of reference, the first year of Homestuck ended with Jack: Ascend.

So far our first year of Homestuck^2 has had a lot of people sitting around discussing either the events of Homestuck or the fact that Homestuck^2 will eventually have a plot.

It basically took the worst part of Homestuck (waiting around for 3 years for something to happen) and made that the entire story.

In fairness, we were getting more Frequent updates back then. In the other direction, back then we had one person working on it, which is not an excuse now.
Top

Not to forget we were also getting flash animations back then, on top of the regular updates.
Caliborn Did Nothing Wrong

They dont have that same horse power hussie did. You're expecting too much
Uwuw capitawism

While I get that the output just isn't the same as the original comic the slow drip feed of chapters just makes everything feel very slow and I just kinda... forget about it until the next update arrives. Doesn't really help that the story just feels less interesting than the original comic to me as well (although there still are some good moments to be found).
Rogue of Life
forums? more like BOREums har har
Top

they're getting paid for this.

Saying the comic doesn't upload as often as HS^1 is a terrible excuse for the slower pace. No one's forcing them to write a story where nothing happens for a hundred pages. The pacing of updates could be the exact same with the same number of pages and the story could still be much better if they just fucking wrote a better story.

Besides, PBS is right, they're a TEAM getting PAID for this. Hussie was ONE PERSON doing this for FREE and he created more / better content.
Top

Andrew Hussie should not be used as any kind of barometer. Applying Hussie’s legitimately ABSURD work ethic is unfair and unreasonable. Andrew Hussie is not a normal type of artist, the rapid, loose, and highly constructed nature of his work allowed him to produce panels quickly. His quick thinking and the fact that he accepted reader suggestions allowed him to go in unusual and interesting directions. The combination of these factors allowed Hussie to create Homestuck, it was NOT a fully written out web novel with occasional illustrations updated monthly. It is not fair to compare Hussie’s bizarre, crowdsourced, rapidly created work to Homestuck 2.

If you want to compare Hussie’s Homestuck to anything, compare it to the many amazing works on mspfa.com. The fanventures there are more similar to original homestuck than Homestuck^2. If you want to complain about HS2 taking too long to get anywhere interesting, that is fine. But I would appreciate seeing fewer comparisons to Hussie’s old work when theyre not equivalent and the comparison is unfair.

With so many people working on HS^2, people expected at least something similar to the output of the original, especially since they're getting paid for it.

Its kinda hard not to compare the two when:

1.) It is a sequel and shares a name with Homestuck
2.) It was approved by and has writing and direction from the original author

Its true, Hussie does have a ludicrous level of output, but within a year you'd think at least something would happen. That's 12 months, with mostly text and very few panels. Taking all that into account you'd think we'd be SOMEWHERE by now.

Kiwiblitz's first year started and ended two fights, kicked off the plot, and had full pages of comic, each panel brimming with character, dynamic poses, backgrounds, speech bubbles, like an actual comic.

Looking for Group introduced the main cast, the main conflict and actually made it to the end game of the first plot within its first year. With full pages. Dynamic poses. Speech bubbles. Etc.

Homestuck^2 has NONE of that, already has pre-introduced characters and character conflicts, had the epilogues and the single biggest webcomic to stand proudly and build upon and it has done nothing.

Those other comics have 1-2 person teams doing writing, storyboarding, art, coloring, running the site, promoting the comic. And that was them doing it on the side, zero to no payment in their first year, with not nearly the audience Homestuck^2 has, and while also juggling other jobs.

If all of those other comics can get something done within one year, while feeling obligated to do all that, then the writers of Homestuck^2 can do the bare minimum they told us they were gonna do, but at least accelerate the plot or put out pages more frequently.
Top

That is completely fair and I understand that point, I don't think Homestuck^2 is doing a good job of telling a compelling story either. I'm just very salty about people comparing output to Andrew Hussie's output directly, because Hussie is a TERRIBLE role model for the amount of work you could expect to happen out of a one man show. If I tell people at my art school who are working artists with careers in the arts about Hussie's output, they would be baffled and encourage me not to try and emulate that. Hussie-level output is an unreasonable thing to expect because Hussie's output was truly outrageous.

It's a good thing that Hussie was able to do what he did and accomplish so much in just one year. It's not a good thing to hold him up as some kind of standard that we compare Homestuck^2 to. It's obvious that the team at HS^2 aren't delivering what we'd like them to, and that sucks. But like. I want to discourage a culture of "if X can do it why can't you?" because that's just straight up not how it works. Or at least, it's not an environment I will just sit aside and allow to happen. That rhetoric is extremely damaging and hurtful to all kinds of artists.

That’s certainly fair. Given that they’re naming things by “chapter” would people think a book is a better comparison? I’d like to think a book by chapter 14 might have made a bit more progress.

Not that I think this chapter’s feeling like it cut both scenes short would feel good in any context or media.
Top

I would imagine a better comparison would be a book, yes. HS2 is not so much the multimedia webcomic that it's inspired by and uses the characters of, it's more like an illustrated book. And as an illustrated book, it's definitely not written well for a serially released product. With the kind of team it has and the sort of update schedule they're working in, it's best to compare HS2 to something like a grassroots monthly comic book, or even a Light Novel.

I mean, even then I'm personally not very happy with the amount of Things That Have Happened. The product that HS2 is providing is a whole lot of nothing, with very empty and pointless filler that reminds me of my negative experience with Steven Universe where you'd wait for months to watch an 11 minute episode of Steven hanging out in Beach City with some randy and accomplishing a whole lot of nothing when what I WANTED to see was progress being made on how the Crystal Gems were going to repel Homeworld. If I were more interested in Candyland's happenings I would probably be eager to read these updates, but to be quite honest I'm more interested in seeing what happens next in the bonus updates about Diamonds Droog and Dad Crocker, and that's behind a paywall.