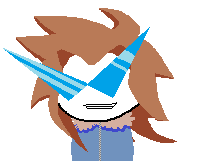 Not very original, but I think Richard Horvitz would make a good Karkat. The Invader Zim comparisons are obvious, but ironically I think the more deadpan and dry tone of his performance as Raz from Psychonauts would sound better reading some of those diatribes. Zim is good for screaming specific words very loud and elongating syllables in comedic ways, but Karkat's rants aren't really like that. They're more like The Angry Video Game Nerd's long-ass vulgarities.

I think Doc Scratch is one of the more debatably-interpreted characters, since some people give him a more aristocratic tone, and others give him more of a deep dramatic tone. I'm firmly in the latter camp, and recently I've kind of been reading him and thinking of Keith David. That's a guy with a really deep voice but who's also great at doing affably-dangerous or comedic antagonistic characters.

As others have mentioned, Critikal or someone sounding like him is really the perfect voice for Dave. It's capable of being deadpan while also sounding kind of like an intentional performance.

Jake is a difficult one whenever I think about him. His old-timey phrases aren't exactly specific to any one dialect, but I always imagine him having, like, a 40s mid-Atlantic accent or something?

Gamzee and Kurloz should be voiced by Violent J and Shaggy 2 Dope. I have never listened to a single thing from the Insane Clown Posse, I have no idea what either of them sound like or which could be better for which character, it's just the rules.

It does not matter who voices Eridan, so long as they are doing an excellent impression of Ben Shapiro.

...And that's all I got. After years, it's all I've ever had. Part of my difficulty in just naming names for most of the main cast is that I think it'd be more in the spirit of Homestuck to just have a big pool of no-name actors and actresses scattered across the racial and gender spectrums and just going with whoever brings the best energy for the characters. I don't just want a bunch of people I already know.
Top 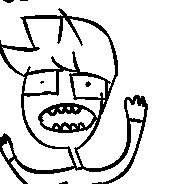 Dave would sound like Jake the Dog. I know it sounds stupid.