Why do you hate kankri so much. Isnt he just autistic or something.
Uwuw capitawism 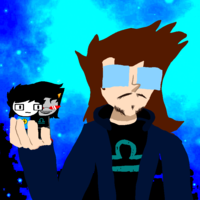 I mean yeah you’re probably right. It’s just how mind numbingly wordy he is. It just gets to the point to where I get upset over how he doesn’t quiet down.

I would once again like to point out that nothing is changed if you remove Jake from the story.

Replace him with a guy named Useless McGee and it doesn't even change the dialogue.
Top

I think being long winded is fine, just zone out if it bothers you so much? And in the case of this comic, dont read his dialogue. The wordiest part is too small to even read, solving itself.

Jake is essential to the story. Remember when he had a thing for blue women? Iconic. Elegant. Mesmerising. Jane on the other hand was just annoying. But gamzee x jane i think really brought out the best in her:

Nah he's just a douche, I think. Kankri and Cronus are tied for worst

yo, facts. She made that double-death sacrifice I remember thinking to myself okay, she's finally come around, not absolutely redeemed but also not dying a villain, y'know? Then when John and Terezi retconned her back I was fuming.

they are literally so similar, how did I not make that connection... like I'm pretty sure I just felt those two neurons in my brain touch for the first time when I read this... shit was like the sistine chapel in there nah'm sayin


Lowkey, PM is a total mary sue. 1) Jack falls madly in love with her (this one is passable but it gets worse) 2) The WQ and WK straight up forefeit their positions for her (also passable given the lore, but a major stretch) 3) basically becomes Bec Noir's cheap, one-way ticket to narrative irrelevance after being the real Big Bad, like move over jack theres this new skull guy and he's even tougher and we know nothing about him but he's big and he's green so why don't you just fly through infinite emptiness for a while and 4) does no one remember how she beheaded HB after he ambushed and kicked her ass? Regisword or not, that's the Brute and you're just a parcel mistress, albeit a badass one, you wouldn't see Princess Buttercup take down Fezzik in a hundred years, period.

Also, I like Jake as a character but he is just sooo poorly written. Felt like Hussie wrote himself into a corner and suddenly Jake gets a Thing that makes him Not A Useless Sack of Turds

Caliborn is also the worst because he is the worst. I legitimately can't tell if Hussie is using him as a projection of the fans or of himself, but you'd be hard pressed to convince me it is neither.

Actually you know what? The Hegemonic Brute also sucks. All he does is get beheaded. Even as Hearts Boxcars he's the lamest one on the 'Crew by leaps and bounds. At least CD provides nonstop comic relief. HB is like if you subtracted DJ Yella from Ringo Starr okay I really need to cool it with the pop culture references don't I. Point is, DD is awesome in every instance, Spades Slick is Best Jack, HB is essentially a shadow.

I'm putting Vriska on this list again because she's just that terrible. Um..who else?

Jade is also a Mary Sue. I never hated her, I will concede she is friggin adorable but she always just rubbed me the wrong way. Idk if it's the narcoleptic ditziness or the useless future-sights or the fact that her power effectiveness shot through the roof with godhood and she was still worthless. bleh. Sorry y'all, I love her too but Jade is not a good character.

Jane probably belongs on this list to. She's just so... bland. Like, she's so similar to John but is just so much less likable, idek why.

I don't have a problem with Hussie's self-inserts for the most part, but Ghost Hussie sucks a fat one. Really jumped the shark with the whole Vriska thing, especially that one walkthrough where Meenah stumbles across him and he's like "I kinda promised a lotta people I would use this money for something else". Remember that one? I respect the humor but that one really felt like a slap in the face.

Also woulda like The Condesce a heck of a lot more if GCat didn't make her super OP.

Aranea too. The whole villain-turn was waaaaay too outta left-field but I guess she got what she deserved so it ain't all bad. Seems like all I got for terrible Homestuck characters. I'll add more if I can think of any.
Top

Calliborn is great. Ofc in the webcomic where all the characters are stereotypes of children, the ultimate villain is a school shooter. Nothing else makes sense. Hes perfect in every way, the only bad thing is the lack of HIM in the final boss of Lord English. English sortve just mulls around and is a brute, which is alright but couldve been better.
Uwuw capitawism

Eridan's villain turn was kinda outta left-field but he was a dick to begin with, I wasn't surprised when he blew up the Matriorb just sad and angry.

Gamzee's was also kinda sudden but I liked the way it was done. His reaction to ICP as a Troll Juggalo is how I imagined the average Human Juggalo reaction to the internet's reaction to "Miracles". I remember seeing the "fkn magnets" meme before getting into Homestuck. Not saying this turn was well-executed, but I liked it regardless xD

Jack's just a stab-happy asshole who went from bad guy to The Bad Guy.

And yeah you're right about Caliborn being way better than Lord English. He's not terribly written save for his quirk, but he makes the list for being so terrible as a person. LE generally seems anticlimactic.


Also another reason I don't like the Peregrine Mendicant, why does the WQ name her as the Prospitan Monarch? It's unnecessary.
Plus the worst offense of all, towards the end of Collide, she just straight up punches Jade in the face after Bec's Loyalty To Jade had been such an important plot point up till then. Shit was so cheap.
Top

Oh Just A Little Character Named Andrew Hussie
(it Is Literally Just A Self Insert)
zeal~
(Something Something Homestuck.

I see your point. But who even likes most of the dancestors?

Mod Edit: removed some quoted spam from your reply window 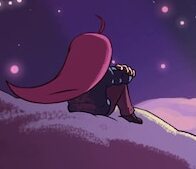 I'd probably have to say Jake. I feel sorry for the guy because of how his friends treated him, but other than that, he was so forgettable. Sometimes I wish he just got killed off and stayed gone.
Top 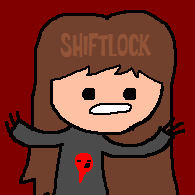 All the fucking Trickster Mode kids except for Dirk. They're just so fucking creepy. 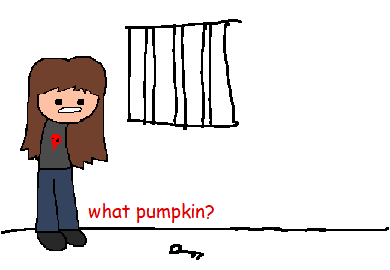 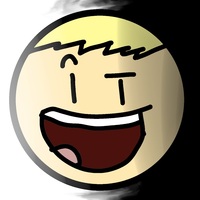 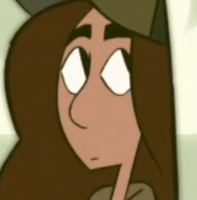 Second this. I hated her before but had zero issues with her as a character. She was the anti-hero we were supposed to hate; she was a great character. Reviving her threw all that out the window.

Also, Eridan and Cronus are both equally detestable, but I don't think the comic would've done better without them.... except for the part where Eridan goes into psycho mode, that was just some lazy "rocks fall everyone dies" writing.

Kankri... fukken douche. but it's cool, I get the feeling we're not supposed to like the dancestor trolls anyway.


I dunno if this character has been mentioned, but the Peregrine Mendicant/Parcel Mistress/Prospitan Monarch is the biggest Mary Sue in the entire story, by far. I could go on and on about how the plot just bends to her every need, it's disgusting.
Top 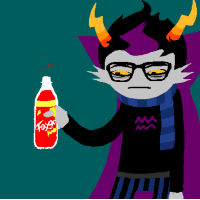 arguably feferi is the worst character. she does nothing to contribute to the story and is SOOOO boring too. her typing quirk is annoying and the most screen time she probably got was when eridan killed her.