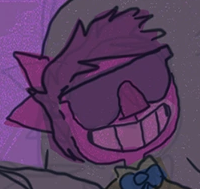 Remember All Night Laundry from way back on the old MSPA forums? Well it still exists and has continued to update daily for the past six and a bit years.
Top

I completely forgot the last page I was in and I dont want to read everything over again :^(

edit: i'm dumb and didn't realize there was another thread lmao, merged!

If you're interested, consider joining the ANL discord here!
I'm more easily reached at classpectanon#4228 on Discord. I will respond to reports faster there because PHPBB's notification system is borked and doesn't email me when you report things.
Top

Re: All Night Laundry Appreciation Thread

I CAN'T BELIEVE IT'S FINALLY OVER
I'm more easily reached at classpectanon#4228 on Discord. I will respond to reports faster there because PHPBB's notification system is borked and doesn't email me when you report things.
Top 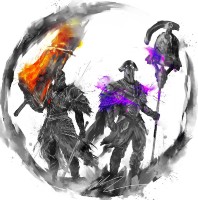 (Spoiler free thoughts) I was recommended this story once it has ended, and dived into it over the course of a week or so. It definitely is a great story that I was happy to read, but I feel like it kinda lost a bit of its luster about halfway through. Not exactly enough to dislike the story as a whole mind you, because it was a fun ride all the way through that I felt was well worth my time to read.

I love how the art changes throughout to match the mood of the story. The characters were all great and felt very fleshed out as we slowly peak more and more into who they are. My favorite part was the general sense of horror and mystery in the first half, constantly wondering if how bad things are going to get for our MC. I also enjoy the general humor throughout the whole story, the author has a charming sense of humor

I look forward to what the author decides to do next, be it an epilogue or a new story. I imagine after uploading every day for like six or seven years means they will take a well deserved break before getting back to it.

I've added in some of my gripes below.
Beware **spoilers**:

Spoiler
Show
About halfway through (like, almost exactly) I felt the story moving away from its horror mystery sci-fi style. Not so much as it was just suddenly not horror/mystery at all, just that it moved quite a bit away from that as it's focus.The genres between the two half's felt almost entirely different. It was jarring to say the least.

I think I can mostly pin this down with the reveal of the Botfly's wishing abilities and integration of Dr. Who stuff into the story with Amie. Once this happened I could feel an immediate shift of the general mood of the story as more characters were introduced/became relevant with the different themeing. The Botfly's monkey paw wishes was a departure from sci-fi with rules, into somewhat lighter hearted adventure magic (that is posing as sci-fi-ish). Not that the second half was *just* light-hearted, but it definitely more than a few steps in that direction compared to the gritty start

It was also around this point that a lot of the established rules around time travel started getting bent or stretched. Maybe I missed something (this is an absolutely massive story), but I don't understand why Bina's head didn't explode after her and Kendra meet her past self when she first climbed out of the Botfly's Moment. There were also a couple moments here and there that just didn't seem to make any sense with regards to the rules and were never explained. Nothing major, but noticable.
Top 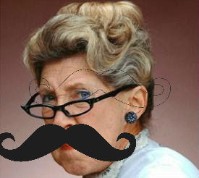 Holy crap. I've been reading it for the past couple weeks and I loved it. Would recommend. Really looking forward to the epilogue.
the epilogues were good.
Top
Post Reply
7 posts • Page 1 of 1