There’s a conversation on tumblr I happened to come across. It was a bunch of asks talking about a fanventure called Hostilestuck. There isn’t much on it, but it was violent by the sound of it and was possibly banned from the MSPA forums because of that.

So far what I’ve gathered:

- possible made it to Homosuck if not further.
- it’s possible that it ended in/around 2014
- possibly a “joke au” ; “. . . Just Homestuck edgelord edition.”
- possibly nuked from the site for having an nsfw page
- something horrible was done to A6A6I1. Unsure what, as anon hasn’t said anything else.
- VERY violent.
- not just that, but it also “made any scene more offensive and hostile to the audience in any way it could.”
- eridan’s death was “him dragging himself around with his guts trailing behind him.”
- Jade ended up eating Roxy’s intestines
Top 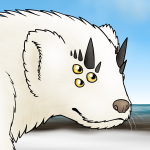 Re: Hostilestuck. Anyone remember it?

It should probably be noted for those who don't know what it is, searching it on google WILL get you some weird results and the one alleged panel that's surfaced is more gory than what homestuck usually has (there's guts).
Top

Re: Hostilestuck. Anyone remember it?

actually it's a hoax and I made it