All your old-school Forum RP related dreams can be achieved in here.
Post Reply
7 posts • Page 1 of 1 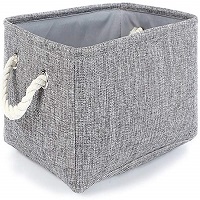 (I really liked CalamityCon's idea of a toned down D&D, I'll also be rolling a d6 to see if your commands succeed! Let's see where this goes I have nothing planned so go nuts)

We begin our story in the Drunken Toadstool, the local watering hole in the town of VillageStead. Our heroes are your classic rag-tag group of swords for hire, enjoying the spoils of their most recent conquest!

You have just saved the town from the Gabooglin Goblin Warband which had been playing mischevious pranks and thieving from the locals. The townsfolk have rewarded you with 100 gold and drinks on the house! The music is filling the room, accompanied by laughter, merriment, and loud mirthful murmers.

wow everyone is getting real inebriated.

All of a sudden the doors BURST OPEN *the music stops* and a hobbled old man walks in, dripping wet from the downpour outside... weird, it wasn't raining before.

He walks over to the group of heroes, with each step he shakes another regiment of raindrops onto the wooden floors. When he reaches your table he places his hands on the edge revealing them to be the leathery, calloused, and hook-scarred hands of a sea-faring fisherman. Villagestead is entirely landlocked...

He catches eyes with the group of heroes and opens his mouth, water gushes fourth splashing on the table. Everyone recoils, picking up and covering their drinks from the sudden introduction of this contaminant. His voice gurgles past the liquid in his chest producing a squelching croak.

the man concludes his sentence with a phlegmy slurp in an attempt to retain some of the fluid that is steadily flowing from his mouth as he speaks...

what do you do?
Top 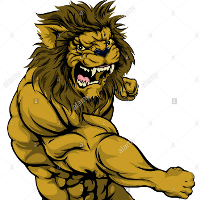 Bard, accept the quest on one condition: the old man has to beat you in a drinking contest
Top 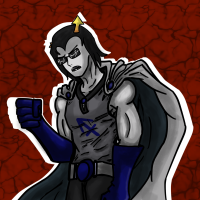 Soleil: Address the discrepancies between the man and the context you find yourself in before the others make their moves.
Top

Thomas attempts to leave the bar because time seems to have frozen within it. Even though numerous people started to take action and engage with the situation, it feels like months have passed without these simple actions reaching resolution. It is this inability for the seconds to pass that makes him believe time has frozen.

Now aware of time being frozen, Thomas wonders what he can do about it. Has anyone else noticed? Is that man in the corner, glass stuck to his face for months on end, trying to finish the drink? Has he attempted to lower the glass in order to cancel his action? Or is he simply unaware of the rate time is passing, and simply believes himself to be consuming the drink in his normal timeline fashion. Without being in his head, it is impossible to know.

Thomas tries to move himself. First, wiggling his fingers, then his toes. He moves his tongue around his mouth. These actions feel slow, sluggish, like every part of his body is beyond exhaustion from a long workout. After practicing the motions for what feels like another month, he manages to increase his speed slightly. In the time it's taken him to wiggle his fingers at something approximating real time, one other patron of the bar has noticed Thomas in his peripheral vision, and has started to turn his head to observe the human doing weird things with his hands. Thomas pays him no mind, and attempts to stand up. The attempt is slow, as if there was a large man sitting in his lap, and heavy weights tied to his chest. With great effort, Thomas tries increasing his speed, to no avail. By the time he stands up, the man observing him has finished turning his head, and is now raising an eyebrow. By the end of the week - or at least, what used to be known as a week - that eyebrow might be up.

The man in the corner has finally put the glass to his lips. Due to time's altered state, it appears as though he is savoring the drink, but Thomas has no doubt that in real time that man would be devouring the alcohol, and asking for another within seconds.

Thomas makes his way to the front door, the feeling of walking through thick, heavy tar beginning to frustrate him. How had he lasted so long in this stew without noticing? He gives on last glance over his shoulder at his party and the hook-handed man who barged in earlier, what now feels like almost a year ago... Thomas wonders what sort of quest the hook-handed man had for him and his friends. He supposes he'll never know. Not unless he figures out a way to fix time.

Speaking of which, as soon as Thomas steps outside time returns to normal. He was exerting so much force trying to walk through that bar, that as soon as he steps outside he flings himself forward, stumbling and falling in the street... or at least, what used to be the street. Looking around, Thomas sees the entirety of Villagestead has been burnt down. Judging by the state of the rubble - cold, but black - the fires started and stopped a long time ago. The corpses that aren't burnt are mostly skeletal as well. For some reason, only the bar survived. Looking at it from the outside, Thomas sees a shimmering aura around the building - presumably the effect that is slowing time.

Somebody wanted to preserve the people within that bar.

Thomas wants to know why.
Top

mightyhydrator wrote: ↑
Sun Jul 19, 2020 8:24 am
Soleil: Address the discrepancies between the man and the context you find yourself in before the others make their moves.

Roll: 6
Your keen elven mind quickly summons up a query and as the thought is sent to the mouth you hear shouting from outside... is that Tomas? he's gone! he was here a second ago.

our clever gnome mind goes for the charming wager but is also stopped by the shouting.

the soggy old man dries up in an instant, his briney barnicle encrusted face sheds to reveal smooth alabastar flesh. His slender body enveloped in a long black cloak with red trim. A large wicked smile appears and the being laughs uncontrolably.

"MUAHAHAHAHAHAHAHA I AM BADDUS MANLO THE WIZARD WHICH DESTROYED YOUR TOWN. WHAT ARE YOU GOING TO DO ABOUT IT HUH????

Tomas bursts in to the bar "EVERYTING IS ON FIRE, IT's ALL BEEN DESTROYED!!!
Top 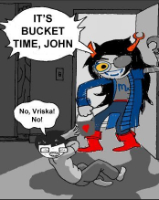 Fin: cast fireball
Many thoughts head full (but most of the thoughts are shitposts)
Top
Post Reply
7 posts • Page 1 of 1