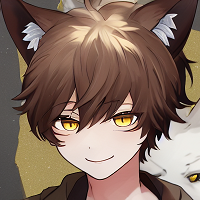 In what was once a small town, deep in the backwater forests of the kingdom of Aeslir, a strange place was discovered by chance.

It appeared at first to be a mere cave, albeit an unusually spacious and deep one. It was quickly found to be inhabited by all manner of monsters, which mysteriously refused to leave the mouth of the cave. But more than that, these caves were found to be a source--perhaps the sole source--of a vital new material. 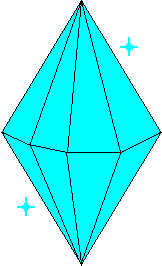 Now termed Mrylith, these small, glowing blue crystals revolutionized all forms of enchantment and magical technology. The noble court of Aeslir moved quickly and wisely once they received word of this place, these crystals, and their vast potential, and within a few decades the thriving city of Frelyn had been fully established.

The caves are said to lead to ever stranger and more enchanted places--places inhabited by ever more dangerous creatures, strange traps and other mechanisms, but most importantly, filled with ever greater quantities of Mrylith. The crystals seem to be evergreen within this underground maze, now commonly referred to as "The Depths", but so too are the monsters and dangers. At first Aeslir was satisfied to send only their own soldiers down into The Depths, but soon the need for the material outpaced the capabilities of even their most veteran of fighters. And so, the doors of Frelyn were opened wide.

Any who fancy themselves a great warrior, who seeks to make a fortune quick, or who desires to unlock the mysteries of The Depths and the strange things found within, is invited to come and try. Aeslir will pay generously for any Mrylith recovered within, while all other treasure found belonging to the adventurers who brave The Depths and return to tell the tale. Swaths of people from all walks of life came to inhabit and, indeed, become Frelyn, making it one of the most populated and sophisticated cities in the known world seemingly overnight.

Leaving things wide open this way, however, led to a large number of even the mightiest entering The Depths and never returning, so some rules and regulations, and safer, more consistent methods were developed. After all--if one who enters The Depths does not return alive, then all of the precious Mrylith he found is forfeit. Now hardly anyone dies in The Depths, and then usually of his or her own foolishness. But there is an up-front cost to entry that not everyone can afford. For this reason, groups of would-be adventurers often band together into guilds, sharing both the burden and the profits among their members.

Some suspicion has gathered toward the authorities of Aeslir, who tightly control the flow of Mrylith. All that a group gathers is forfeit upon leaving The Depths, paid for by the kingdom at a generous but very much fixed price. They claim the material is volatile and even dangerous outside of its native environment, and must be handled carefully to avoid disaster. They claim that regulating things this way prevents swindlers from underpaying adventurers who risked their very lives. Perhaps these claims are true.

None of this really concerns you all that much. You are a young noble from a neighboring country, sent to Frelyn by your family to make them a profit. The plan is simple: You will be given an allowance every month from home, the same amount there but converted to Aeslir's currency, and you will found and run a guild of adventurers. You've no intention of venturing into The Depths yourself, but will instead act as a sponsor of sorts for your guild, coordinating their efforts and paying them fairly for their work. Ideally, you will be sending money back home in no time, fully proving your worth and capabilities to your family.

A/N:
Spoiler
Show
The goal here is to make a sort of "dungeon crawler" experience. Think Etrian Odyssey, 7th Dragon, that kind of thing. If your suggestion for a name and race don't get used for the "player character", I might still be using them for some of the adventurers.

Graphics are going to be pretty minimal because I can't draw, but there will be visible maps involved once we get to the dungeon crawlin' part. Well--if someone decides they like this enough to contribute bits of art, I might include those too.
Top
Post Reply
1 post • Page 1 of 1