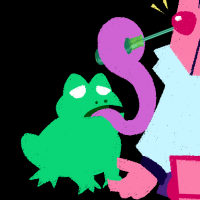 No specific topic. Just a thread to DG post. Songs on their own? absolute bangers. but this?

Is absolutely god tier
I don't know dude, i just- I just drink blood dude
I'm going to dismantle the concept of government

I used to vibe hardcore with Death Grips when I was an edgy teen, and as much as I still love the band, their personas, and what they did for popularising noisy hip hop, I've just not exactly found myself very interested in listening to them recently :/

That being said, Exmilitary is one of my favourite albums of all time, and, even though Death Grips as a whole has lost it's punch for me, I still go FUCKING CRAZY to the Exmil mixtape regularly

However, as a result of moving away from Death Grips musically, I've been starting to get into a lot of 'DG-Adjacent' music. I can't recommend Machine Girl enough, for example, and even though they only sound vaguely alike, I haven't met a single Grips fan who doesn't love the shit out of Machine Girl just as much

Year of the Snitch has Black Paint, Linda's In Custody, Hahaha, Streaky, Dilemma, The Fear and Disappointed and those are some baller tracks

To be fair Flies and Streaky sound really nice, though, Hacker and I've seen footage do also, The general vibe of Streaky smacks
I don't know dude, i just- I just drink blood dude
I'm going to dismantle the concept of government

A friend of mine told me about Death Grips, at first I thought that it was too loud for me

, after listening to EXMILITARY for the second time I started really getting into it. My favorite album is Bottomless Pit.
I am the one who knocks on the door 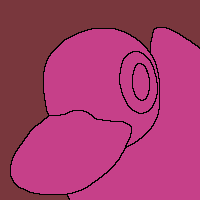 Beware is a fantastic track.
I love the shouting baseline in Klink.
I haven't listened to anything past No Love Deep Web. I don't really feel compelled to.
Top