Showcase things you made! This includes illustrations, writings, and musical pieces! Fanventures and Fan Projects go in the appropriate forums, respectively.

Salutations fellow semi-living life forms, this happens to be (within the context of this situation) my art dump, obviously in the occasion of this conversation that the following are true: the person identified to be the recipient of this paragraph (colloquially designated as "you") clicked this then you want to see some art, which I will gladly provide.
These are just a few of my OC’s, the humans are still in the early stages of there character and backstory so most likely some of there current design features won’t stay, eventually they will get their own unique symbol instead of their aspect.
The trolls on the other hand will most likely stay like this (until some story arc changes their appearance)
And yes, I know I am not good at drawing legs and hands ;-; 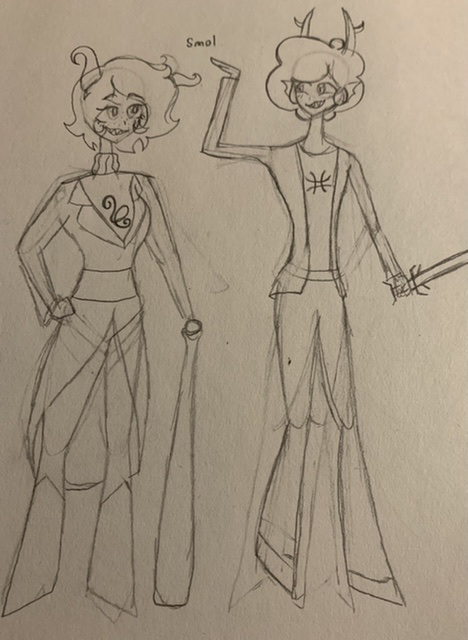 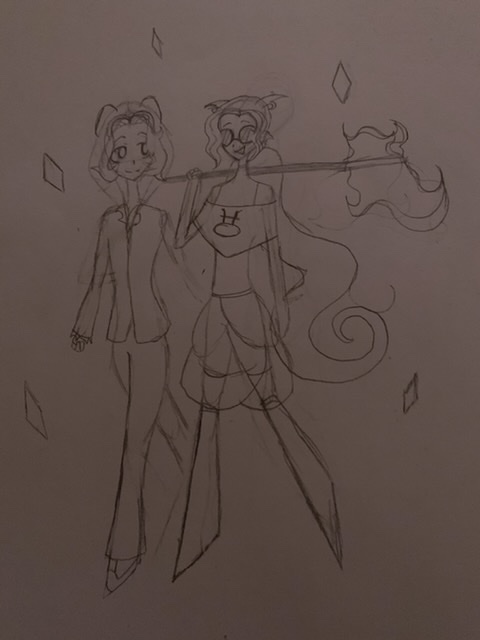 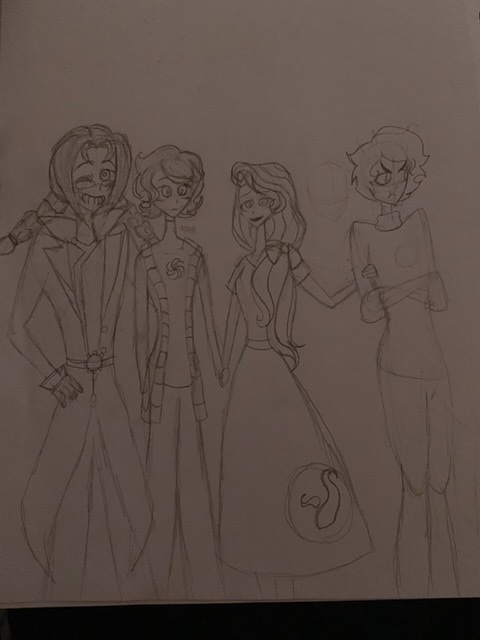 From,
The man behind the slaughter (ﾉ◕ヮ◕)ﾉ*:･ﾟ✧
Top

Re: Just another art dump

Yeah it’s been a while since I last posted, things have been “eventful” to say the least.
But I decided to draw one of my ancestor characters, this is “The Migrant” the ancestor to Dareka.
The Migrant has to be my favorite ancestor out of all my other ones due to all of the story I’ve given him, though he may look peaceful his job is to kill high bloods in incredibly brutal ways.
To summarize his sad anime backstory, he was once a slave to many highbloods, each one more brutal than the last.
One day he was so beaten that one of the other slaves helped him back to health, she was a rust blood about his age named Pekzin, he soon grew red feelings for her, the night he escaped was a blur, Pekzin had broken something on accident and was about to be punished, the migrant blacked out.
When he awoke he was covered in the blood of his master as him and Pekzin ran away into the forest.
The Migrant got a job as an apprentice to a merchant before becoming a merchant himself, him and Pekzin had become matesprits around this time and she wanted to go into the neighboring town with him, he agreed and they travelled there.
But when they arrived they both had different stores they needed to go to and split up, when the migrant came looking for her a group of three highbloods started messing with Pekzin, she repeatedly told them to stop. Like a few sweeps before, he blacked out and when he awoke, all three high bloods were beaten. One of the three with a broken nose cursed at him as they all ran away, they decided to leave early after that.
One day the Migrant had to go on a small business trip and had to leave Pekzin behind, they said there farewells and he left. A week later he returned to a gruesome sight, his hive had been burnt down, his Lusus blinded and soon he found Pekzin, her throat slit. Something broke in the migrant that day, needless to say he didn’t black out when he found the high bloods who did this, he remembered how he skinned them alive and threw salt onto there skinless bodies so it felt as if they were burning as they slowly died.
Very little was known about the migrants whereabouts after this, he moved from place to place so nobody would ever find him.
He only kills trolls so deserve it, so if your in his forest, I recommend you be careful of your next actions as they may be your last.
There was a possibility he got with someone later in his life but none have been confirmed, it could be The Artisan, one of the few high bloods he gets along with or it could even be The Inventor, an intelligent cerulean who the migrant has worked with for many years.
Hope you enjoyed the tale of the migrant! If your interested in roleplaying then please PM me! :D 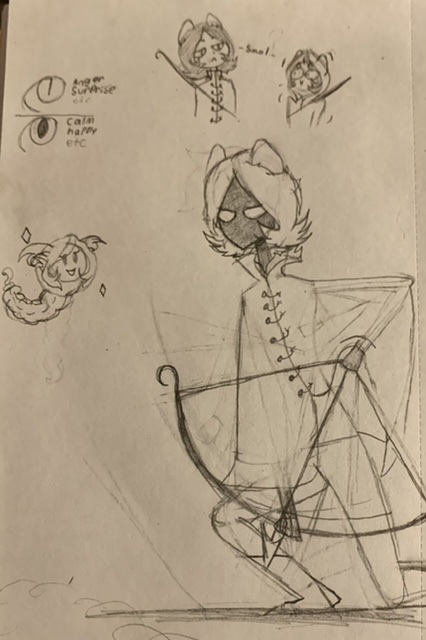 From,
The man behind the slaughter (ﾉ◕ヮ◕)ﾉ*:･ﾟ✧
Top
Post Reply
2 posts • Page 1 of 1