Astrid happily takes the device, and follows the given directions. Once the app is opened, she enters in “Astrid Willow” as her name, and “Slyvious” as her symbol. One of the very few skills that she’s learned throughout the sweeps, is how to type whilst looking elsewhere, which she puts to good use. 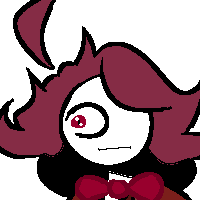 (Shoot, forgot to add her quirk on the message before this, I’ll add it rn)

Astrid raises an eyebrow, and opens her mouth to ask what that means.

Astrid snaps her mouth closed as a light indigo blush stains her cheeks.

She makes sure not to click anywhere near that folder as she opens up the group chat and sends her first message in quite a while.

sleepyStarlight[SS] has rejoined the memo!

(FYI, when sending actual messages into the memo, I’ll use the original multi-user group chat post thingy, though I’ll still use this for actual irl rping)
Top

Astrid looks up from the borrowed palmhusk and raises an eyebrow.

As Astrid says that, the dragon lands roughly in a giant cave. Cedric hops off, somehow not disconcerted at all by the rough landing. He runs over to the opening of the cave. Most of the drones have been either destroyed or not able to keep up, but the remaining ones are at strong. He presses a button, a door falling, slowly. A drone barely gets through, getting chopped in half by the door.

Astrid has to take a second to calm down from her crazed screaming(not that she would admit it) and take a few breaths before she carefully hops off Cedric’s huge lusus and wobbles her way over to her new friend, palmhusk still clutched in her palms.

She looks around the cave cautiously, as if the cave could come crumbling down on them in a matter of seconds. She feels a little bit guilty, considering she had only just been complaining about her huge fancy hive being blown up, even though she could probably easily get it rebuilt, though it must be at least slightly harder to do for lower-bloods.

She takes a shaky breath, still slightly frazzled from the landing that her jade-blood companion was so easily able to brush off.

Astrid takes another glance around the cave, her mouth practically a question mark. Well that just gives her even more questions.

Astrid nods thoughtfully as she takes another glance around the cave. She decides that once this is all over, she’ll use her high blood allowance to decorate and spice the place up. It’s probably the absolute least Cedric deserves after...well, saving her life.

She glances at Cedric’s lusus and decides she should probably do something nice for it too. After all, she had just been using it as transportation just a second ago.

Well, that’s if she sees them again after this. For all she knows she could die doing what she’s planning to do. Despite the fact that trolls spend their whole lives in a constant state of knowing they could die at any time, which is a even more common thing for lower bloods, it still sends a shiver down Astrid’s spine. She really hasn’t ever been the more violent kind, and it shows.

Astrid sighs as the adrenaline starts to wear off a little bit. Now that she’s in a safe place(or at least she hopes Cedric’s base is a safe place) she doesn’t have all that much fuel to keep this going. Back before Cedric had arrived at her newly blown up hive, and when the drones had only just found her, she had been sure she was going to be culled.

She also realizes how she’s contributed exactly nothing to their plan so far, besides stealing Cedric’s palmhusk to communicate with random people, one of which being the person who had just blown up her hive.

Well, might as well keep up the pattern, huh?

He seems excited to be playing this game, but then turns serious.

Astrid grins in what is a mix of smugness and slight fear at Cedric’s last words. She’s looking forward to revenge, even if she’s still a bit worried about how they’re going to pull it off. Hopefully, the game Cedric mentioned will take her mind off of it.

She quickly realizes, however, that she has absolutely no idea how to Flarp, much less to play the twisted version of it the jade-blood before her is mentioning. Ah well, she guesses she could just watch. After all, she still needs to do a bit of investigation work in the chat room. Hopefully Cedric wasn’t planning on using his palmhusk.

He goes digging through some drawers, and pulls out a blue palmhusk.

He tosses the blue one to her.
Top

Astrid nearly drops the palmhusk she was already holding in favor of catching the new one, but manages to keep both of them intact in the end. She examines the blue palmhusk, and comes to find that the shade of blue is practically identical to her blood color.

She smiles as she hands the original palmhusk back. She honestly doesn’t really know why she’s happy, she knows she won’t even be able to keep it. Perhaps everything that’s been happening is making her crazy? Probably.

Her smile only finally falters when she feels a stinging feeling in her chest. She cringes and wraps her arms around herself, as if she were giving herself a hug and looks up to Cedric.

The higher up you are on the hemospectrum, the more food you need to eat to keep yourself moving and healthy. Regardless though, she pretty much always forgets to feed herself, which passes the job on to her poor lusus...

She lowers her voice slightly in embarrassment of having to ask for so many things, and from the person who’s already saved her life in multiple ways nonetheless.

He seems to be a completely different person.
Top

Astrid’s eyes widen slightly, a her look a equal mix of amazed and slight disgust. She doesn’t really have much against the blood caste directly above her, but it is still sort of...hmm...surprising? Yeah, let’s go with that.

CEDRIC: i gotta get your lusus back don't i
Top

Astrid blinks for a second before the logic finally clicks in her head, causing her to facepalm from the embarrassment of even asking. She doesn’t bother to dwell on the fact that Cedric had all these stuff in his possession in the first place, which would be a pretty stupid thing to do considering all the evidence the jade-blood probably already has against her.

Instead, she makes the much smarter approach and thanks him yet again.

Astrid turns around to follow Cedric’s lusus, or Zaz as she’s been informed of, but turns around back towards Cedric.