This forum is for discussion of other, non-Homestuck MSPA works.
Post Reply
12 posts • Page 1 of 1


i thought it was ok. i dont really like it but i dont dislike it. i thought the cop shooting thing was a little bit... questionable. i am intrigued enough to want to know where its going next but not yet intrigued enough to drop ten bucks on it
I'm more easily reached at classpectanon#4228 on Discord. I will respond to reports faster there because PHPBB's notification system is borked and doesn't email me when you report things.
Top

I thought it was very good. It definitely feels like a truer sequel to Homestuck / Mspa as a whole than the Epilogues/HS2.

A lot of the dialogue gave me weird deja vu to Homestuck, which is something I'm not a fan of just because it feels like Hussie can only write a handful of relationship types. Like really, go read Karkat and Sollux's first conversation again. The vocabulary is different but content wise it's almost identical. (Are we still friends, yes we are, I know it was a joke, I know you were joking, I knew you knew it was just irony, etc)

Does a good job of setting up M Y S T E R Y. Why was Z cancelled? What happened to her dad? Why is she so toxic?

The characters are very real to me in the sense that they're very relateable with their banter. lifestyles and dispositions, but they are not very likeable because they're a couple of mean-spirited clout chasing e girls. When you think about it though, most of use are more like these girls than we care to admit - we're all a bunch of terrible people living depressing and unfulfilling lives.

I had another point but I forget. Psycholonials is the true 5th mspaintadventure.

Makes you wonder though about the development and state of Hiveswap/HS2. Hussie is gone along with most of their staff, and he's releasing something that (while not groundbreaking or anything) is leagues ahead of HS2.
Top 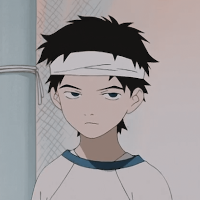 I'm a HUGE fan of the visuals that I've seen from the trailer / screenshots, but don't think I'm going to get it. I have a thing with social media so the fact that it's about "influencers" really puts me off.

So I'm guessing the clown pictures were publicity stunts for this? Or just hussie being a damn lunatic? Either way I'd love to see more of that.
Top

I watched Rev play through the entire first chapter.

Unless something changes with them, I really, really do not care about these two girl protags.
They're boring and needlessly hostile pieces of shit. The purple girl in particular, Z, reminds me of Vriska-lite in how she interacts with her fans and tries to guilt-trip her friend.
At the end of the first chapter, I thought she was trying to drown herself when she drove the police cruiser off that pier, and the only sentiment I had at the time was "Good."

I like the music. Interface and visuals still look like shit though.
But as it currently stands, I'm glad I didn't spend the money.
Caliborn Did Nothing Wrong

The only interesting stuff I found from it is the supernatural thing that might shows up more later on next chapters. Also the musics are neat enough. Other than those, meh.

I did want to enjoy it (even just by watching the others "playing" it), I thought it'd be interesting enough, but no. It's mostly boring and irritating. I don't mind much about the graphics--that looks jaring with a lot of blurry pixels, it's Hussie after all. But the narratives, the characters conversations.... at least in Homestuck, John and Dave, the very first characters who had a conversation, still have some charms. Their dialogue was "wacky" and full of slurs, but it still shown that they're buddies who cared about each other. But in Psycholonials? I never got engaged with any single character here in any slightest, seriously. Not even with the "depressed" protag because instead of making her depression relatable, it's written like her depression was a brand, such as "bluh bluh let's have a depression breakfast then scrolling social medias and drink again cuz imma depressed b*tch". Not that depressed people don't experience those, but the way it was written is just poor and apathetic.

Overall, just like with The Epilogues and HS2, I don't care much about it. Better back to fanmade HS VNs or something.

I hope Percy shows up again

I love it, Husse and his gross mega lips have stolen my heart yet again
Many thoughts head full (but most of the thoughts are shitposts)
Top

like I have no idea if he is encouraging the bloody revolution stuff or mocking it by calling us clowns, knowing him probably both. Either way there are gonna be some people who unironically become jubilites, one of those people is me, I am down with the clown.
Many thoughts head full (but most of the thoughts are shitposts)
Top

Return to “Other MSPA”