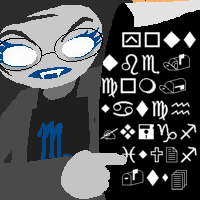 loomingDoom wrote: ↑
Wed Jun 10, 2020 4:38 am
I would Argue that only Darth Vader is Prince of Hope and Anakin isn't as weird as it might be if we keep in line with how it works in Starwars. Where almost no one in the story consider Anakin and Darth Vader the same person and if you follow him from the Clone Wars series, he's definitely not a Prince of Hope in my opinion. But i wouldn't be able to tell you what he is. Maybe Knight of Hope? Not sure

I'd think I would go for the opposite, that both Vader and Anakin fit Prince of Hope, but for different reasons. Anakin is the "chosen one" which is a fancy way of saying he is very powerful compared to jedi even above his skill level (episode 1 he is immediately compared to yoda when his connection to the force is lightly examined and there are probably many feats that show the sheer amount of power with force he has) so Anakin would fit the "Uses the power of Hope to destroy" interpretation of a Prince (of Hope) but he does so for good reasons, while Darth Vader is very much the "Destroyer of Hope" interpretation, i'm not sure that one needs explaining. This difference is both a good example of how one can "be" their classpect in different ways, but also how classpecting can be confusing if not taking all possibilities into account.
(you did bring up a valid point though: can characters change classpects if undergoing a massive/permanent change? personally I think not, but maybe something will come along that changes my mind in the future.)

Rick & Morty (adult swim series)
Rick Sanchez - Prince of Mind - Rick fits this so well, the Prince is obvious due to Rick's nature of almost constant destruction of everything and Mind is shown through all of his conflicts being decisions and consequences of them, Rick is capable of both physical and emotional destruction through his intellect or his, possibly, bad decisions. But most importantly he is always the smartest and most logical person in the room, giving him the clear advantage of executing a plan and people for the greatest impact of destruction.
FF: Personally, I think my skills are near-mediocre at best. that's really all there is to say on the matter.

FF: I couldn't figure out how to get it in the profile field so here's my YouTube channel
Top

My problem with Putting Prince of Hope on Anakin specifically is because Anakin at many point in Clone Wars does acts that actually save countless of lives and is willing to do the hard choices and take the hard decisions to save others. One example is him Killing a guy that planted bombs in a ship he's on with Obi Wan and Satine

Satine is a pacifist but the guy menaced to blow the ship with everyone in it so she took a gun and held him at gun point. She refused to shoot and the Terrorist knew because she's a pacifist and wouldn't paint herself as a murderer. Obi Wan was there but he didn't act because he didn't want to have her think less of him and also well Jedi don't take other's lives away lightly but the right answer in that situation is still killing this guy who's willing to blow up the whole ship and not risk the ship to blow up. Yes there are less lethal way to deal with it but doing so would have risked the lives of everyone if the button to the detonator fell and pressed itself. So Anakin killed him and when Obi Wan questioned him, he just said "He was going to blow the ship" He doesn't care that he might be seen as a killer and he doesn't care what Satine thinks of him. He took actions to save everyone.

Maybe all that rambling means nothing and it still paints him as Prince of Hope. I don't know. I'm not that good at classpecting but Clone Wars is full of moment like this where Anakin is willing to take the hard decisions to save lots of people. Sometime sure he does push the limit a little but I don't think he use the Power of Hope to Destroy. He uses his powers to Help people further then a lot of Jedi are willing to push things. Sometime the Jedi don't even do anything. Even tho they could actually help a lot of people. I think Anakin is more someone that Brings hope then Destroy with the power of Hope

Rick & Morty
Morty - Page of Light
I dunno if Morty was done but I think he's Page of Light and right now explaining why fails me but he struggle a lot with seeing the right path i guess? A lot of the episode centered around him is hims loosing his way in some way and being brought back in but also sometime have moments of actually showing Rick the right way and bringing him back to earth or others.
Top 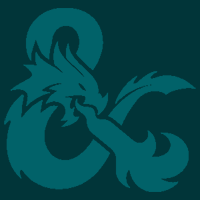 The Eleventh Doctor is a Thief of Time.
you can pry karezi out of my cold dead hands

someone please do Ace Combat I'm not good at this

describe the characters to me
I'm more easily reached at ceeps#9999 on Discord. I will respond to reports faster there because PHPBB's notification system is borked and doesn't email me when you report things.
Top

I don't really know what class, but the Razgriz squadron would definitely be Void aspect.
Caliborn Did Nothing Wrong

Hornets are all Princes of Life.
Bumblebees are Sylphs of Life.
tumut
Top

Japanese giant hornets are Assholes of Fuck.
Caliborn Did Nothing Wrong

Japanese giant hornets are “Wholes of Ass,” if you will.

here's a small variety I've been holding onto for a little while:

Hollow Knight (video game)
Lots of end-game/major plot stuff for this one
The playable character (Ghost, maybe) - Knight of Void - (Ghost) has no personal goals, actions they take are centered around the betterment of others bieng one of the siblings, (Ghost) is literally made of Void, and is in all actuality perfectly void of emotion. The only goal they seem to have is to accomplish the goal of The Pale King: get rid of the infection to save the kingdom. Thus: (Ghost) serves others by using the void that is themselves to save them all
The Hollow Knight - Heir of Void - THK is literally made of Void, and was deemed worthy of being the sibling with whom The Radiance \would be sealed within, thus stopping the infection. (TL;DR this fails because THK wasn't fully void of emotion) So THK inherits their job of becoming the void that will stop the infection and in the true ending: THK does get the chance to do just that
(true final boss) Radiance - Muse of Light - described by many as a light herself, The Radiance only has power through the mass influence of others, be it in their dreams or waking minds, using the light that is herself in order to take over the minds of the bugs of Hallownest. If it wasn't for the Radiance's influence, there would be no major conflict in Hollow Knight.

The Legend of Zelda Majora's Mask (video game)
Skull Kid - Heir of Rage - Skull Kid receives his large amount of power from his small act of stealing from the mask salesman, is also known to be prone to emotional outbursts causing large amounts of mayhem and very few can see the person he was only the power he seems to have become in other words no one cared who he was until he put on the mask.
(true final boss) Majora - Muse of Rage - the spirit of Majora sealed away in the mask so long ago now only has the ability to inspire others to use it's power for destruction. (there was supposed to be more here but I forgot)

Henry Stickmin (flash game/video game series)
Henry Stickmin - Heir of Light - more on the fortune and luck side of Light than the knowledge, Henry is very lucky, so lucky in fact the government has made points to be prepared for his immense amount of luck when going after him. Henry's luck comes by him almost naturally, always in a great value be it positive or negative, allowing him to succeed in situations where most others will fail while also having outcomes wherein he receives very brutal ends from factors out of his control. Henry's luck also seems to be of such a great magnitude that it can create so many timelines that his (multi)verse can become unstable in the "too many outcomes" type of imbalance though he has enough power to keep enough timelines in play to not have too little number of outcomes
FF: Personally, I think my skills are near-mediocre at best. that's really all there is to say on the matter.

FF: I couldn't figure out how to get it in the profile field so here's my YouTube channel
Top

Purah from botw is a changer of time. Idk what classes are changer classes, Maid maybe? Shes a scientist so maybe Seer.

SpongeBob is a page of rage. He has unlimited rage potential within him - but being a passive class it manifests as him making everyone around him mad bc hes annoying.

Unless i misunderstand the classes
Top 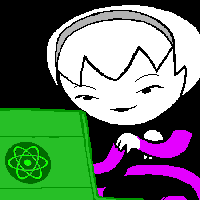 retsuko is a mage of light. she's so well adapted to the white-collar capitalist system that it begins to ruin and consume her life despite her general success. she suffers from her deep knowledge (what mages do) of the systems and rules that she lives under (what light usually presents itself as).

haida is a page of blood. he's overconfident in his relationship skills and generally expects others (fenneko, retsuko, inui) to do the work, which is textbook page behavior. he might also be heart though? the show only focuses on his relationship with retsuko so it's hard to say.

fenneko is a seer of rage. she's generally obsessed with researching people and tearing them down and making jokes out of people's problems. she's kind of evil and terrible but i'm fucking in love with her

washimi is a seer of doom. she's old and jaded and takes advantage of the system. all of the advice she gives to retsuko is generally very cautious and pessimistic and she's really deadpan and serious. i'm not sure why but she just has doom vibes for me.

gori is a rogue of heart. she focuses on people's emotions and individuality and generally focuses on these in her relationship with retsuko. also the whole joke with the dating app.... like this one seems really obvious lol