Vriska did almost everything wrong.
Top 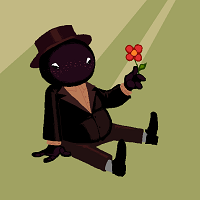 finally someone who understands.
Mafa || Page of Mind
Carapacian Rights Advocate || Writer of worldbuilding headcanons
[[visit my AO3 here]]
Check out my fanventure! Click on the banner <3

Vriska did most things wrong. 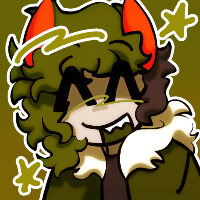 Vriska did do a lot of things wrong, and I am in no way, shape or form condoning her actions, but it's important to consider the environment she grew up in as well! The big question is, does it justify her actions later in life?
Visit my website!
Top

Sokota wrote: ↑
Sun Nov 10, 2019 9:04 pm
Vriska did do a lot of things wrong, and I am in no way, shape or form condoning her actions, but it's important to consider the environment she grew up in as well! The big question is, does it justify her actions later in life?

troll society is very very different from human society, especially doc scratchian troll society, so i feel like the lens we view things as humans is inherently biased. in her pesterquets route, she was constantly verbally abused by her lusus and just made to feel like a whole piece of crap.. I feel like Yes she did things wrong but many people hold her to a strict GOOD or BAD role and i am not about that. morally gray ftw
mage of hope

I mean imo even if you were abused when you were young that does NOT mean you can just abuse others and be excused for it. That's not how it works.
Homestuck since Oct 2014. I run cosplay meetups! Check out @ addriblack on Insta and Twitter. 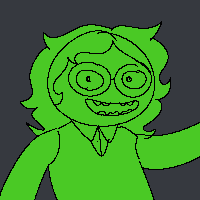 It's true, Vriska had very little control over her influences, but that will never, ever justify the things she did wrong (to name one of many, literal murder of her friends). Vriska herself obviously doesn't care about that at the end of the day ("you don't need to be a good person to be a hero")--or rather, wouldn't let it stop her from doing the right thing and earning her re-relevance, but blind defense of her actions is very...well, poorly judged. Vriska became a much better person by the story's end, but there is no denying that she made a lot of awful decisions: and unironically believing "she did nothing wrong" and lambasting other characters for similar sins is something that is very sad to see. But I'm not going to say she's awful for saving everyone's collective bacon and fixing their personal issues off-screen. Poorly written though I thought it was, it was still a good thing to do in-story!
Amateur Writer / Professional Psychologist Of People And Characters / Rogue of Mind
Top 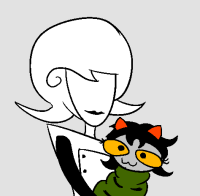 This depends wholly if you feel like the characters are better post-retcon than pre-retcon.

Why didn't Vriska, the most powerful troll, simply eat the other 11?


Obligatory Futurama joke out of the way, Vriska did many things, and caring about their morality is just falling into Hussie's trap. Not to be an enlightened centrist but enlightened Vriska centrism is the only way to escape the hellhole sane
What is a juggalo?
A juggalo
That's what it is
Well, fuck, if I know
What is a juggalo?
I don't know
But I'm down with the clown
And I'm down for life, yo
Top 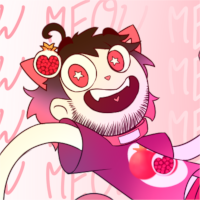 Not only did Vriska do things her wrong, her entire arc is defined by her repeatedly doing things wrong and scrambling to fix the fallout of her own failures. I would like to go above and beyond and posit the idea that Vriska did nothing right.
Top 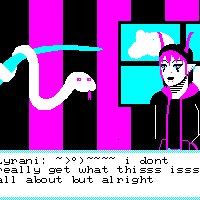 Vriska did nothing. At all. 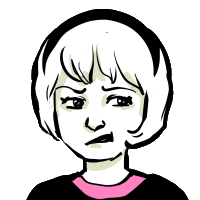 Way I see it, Vriska served her purpose as a character until her timely (heh) death at the hands of Terezi (or SS, depending on how you spin it). Her... development? As a dead character was certainly something that happened, and I don't think much of it, due to my belief that her narrative role was already fulfilled (warranting her death).
Now, her being retconned to life can mean many things from many perspectives: It could mean that Andrew got into a corner he couldn't write himself out of, that in-universe, had someone other than Terezi incited John to act upon his retcon powers, Vriska wouldn't be revived, that AH, the Author (not Andrew Hussie), wanted this outcome and thus manipulated the narrative to reach this conclusion, that this is a travesty because it vindicates Vriska's flawed views (and a separate perspective may suggest that this is Skaia itself vindicating Vriska, rather than the Author or Andrew), and we could go on for however many years this forum may hold.
For me? I think she served her purpose as a character, died, and then was brought back, possibly to resolve unsolved conflicts, costing the simpler (and arguably more powerful) shtick of her character up until her death. As for her morality, she's had an Alternian upbringing, like all zodiac trolls, and I'm adamant that Andrew made sure to exacerbate the apparent weight of this upbringing on her to cause more divisiveness and discourse (which very clearly worked, given the discussion that STILL arises), which can be seen by Vriska's conversations with John, contrasting the cultures, giving a bigger "oomph" to how bad her upbringing really was, even if other trolls may have had it worse (*cough*[insertothertrollhere]*ahem*).
Finally, I think Vriska is, simply put, a bloody masterclass in how to mindfuck your fandom, and we should all learn from Andrew, because crafting a character that yearns discussion from troll-y to thoughtful for, what, 9 years? Is quite the feat.

I clearly have never done anything wrong in my life ever! 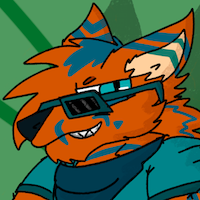 baka fake vriska
not a single 8!!!!!!!!
vriska could have been a good person if she really owned up to her past mistakes and bad things she did