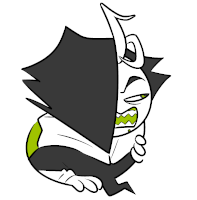 jake here! 19 yrs old so probably a little far from being one of the elders of the community, but if you frequented the comic discussion and theory threads on the original forums while homestuck was still going on, you'd have seen me.

since then i guess ive become more known for telling shitty jokes on tumblr but ive continued to be involved with homestuck on the downlow since then. you might have interacted with what used to be my fantroll blog at dingodad or become entranced by some of my shitty but hauntingly correct homestuck meta. i still do fantrolls and that's still mainly what im interested in but recently ive also been making a lot of contributions to the mspa wiki so if i seem like a bit of an obnoxious know it all it's becomes i am. lots of love
mod on the mspa wiki | author of ALBION: a fancandy

hey im mollie!!! im 17, she/her pronouns. ive been involved in homestuck fandom since late 2014, and i was pretty active in the roleplay section of the og mspa forums (rip)! i got rly back into homestuck this april when the epilogues dropped, so here i am :) i am a rogue of space + prospit dreamer!

in my spare time i like reading + writing fic, watching anime + playing vidya games. im rly excited for the rp forums to get goin! 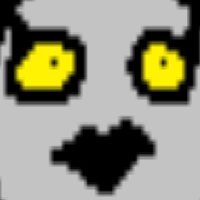 Ayo waddup y'all. I'm albex8/Dora/mengubbe and I love Homestuck and playing cards. If you have anything Homestuck and/or playing card related, gimmie a call.
With the mighty death pop
Everything stop
You either rise or drop
Top

I'm sylvarn (or rory if you're a friend). I joined the fandom in late 2015, and grew attached. My fandom pasttimes have been roleplaying fantrolls and fan-alternian content, and creating fanmusic, officially started in 2016 (thanks, cool and new music team, for the opportunity to let myself grow), and really have only been making good stuff for... 2 years now? Sure.

I am a Tavros appreciator, and have a vendetta against any Vr*ska content.

Show me purplebloods too. We need more clowns than just the Makaras.
im make FANTROLL (singular) and also roleplay on the internet

check out my tunes
Top 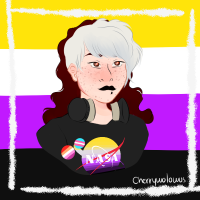 whats poppin, i'm winter and i'm a she/they femme nb lesbian disaster. 18 as of this october, and i have terminal dumbass disease.

i used to pop in and out and was somewhat active on the msparp forums for a time, and i used to run a fairly big homestuck-hiveswap-general fandom server called New Alternia for the past 2 years, before stepping down due to general burnout at the time--and the fact that i was gettig that bread (metaphorically) for two years too.

ask me abt troll gorls and radiohead
Last edited by Sylandrophol on Wed Nov 20, 2019 2:15 pm, edited 1 time in total.
all i do is be thembo, love girls, listen to radio head, drink soda, eat hot chip and lie
--
check out my music!

she/her and 20 years old. I got into Homestuck years back when it was still updating and there were actual MSPA forums, hung around there for a while, dropped off around act 6, and recently got super into Homestuck again due to a reread me and my friends are doing. I'm really excited about this forum and the possibilities it has! I wasn't REALLY really involved in any Homestuck fandom stuff for a while so I guess you could call me a newcomer to the fandom, haha. I'm into roleplaying but also too shy to give mxrp a try. It's a very silly situation to be in to be honest...

I make music a little but I don't know what I'm doing really. It would be cool to make Homestuck fan music eventually though!
Top

Sup, I'm ANCIENT -the all-caps is important-, and I'm knocking about this forum because, despite the popular talk of the day, I still love forums as a format of fandom spaces. I'm big into fantrolls, so I'll likely lurk for those.

Do the evolution
Top

Hey bastards and bastardettes, I'm Tart. Having read HS in the latter half of 2011 I'm probably getting up there in terms of being a grognard, but I promise my bitterness is only slightly less tolerable than your average Scottish guy. I enjoy tabletop games, history, shitty drawings and how our fragile little meatspace bodies operate.
Top

Hey! I'm Rain. I'm 16, and BOY do I regret not getting into Homestuck sooner.

Or at least I DID, until the epilogues dropped. But those sucked pretty bad in my opinion, so I didn't count them. And then Pesterquest dropped too! And that's been pretty epic so far. And then Homestuck^2 dropped and what I'm trying to say with all of this is that I no longer regret not getting into Homestuck sooner. But aside from that, I've read through Homestuck twice, and originally read it a little over a year ago in 2018. I really loved it, got involved with the community a tiny bit and I moderate a server now! It's pretty cool, and a community I'm happy to be a part of.

EDIT: I'm also really into Dinosaurs! Please ask me about dinosaurs. I love them.

Hey, I'm Cole. aka xeno, aka some long ass-chumhandle. I started reading in July 2017 and finished in October of that year, finishing the same day my friend finished Act 1. I'm a huge Nintendo fan, having owned almost exclusively Nintendo systems throughout my lifetime. My hottest take is probably A5A1 being the weakest part of Homestuck (I just find it really poorly paced and don't see a reason to care about most of what happens). While I don't care about classpecting, I'd probably consider myself a Knight of Light or Rage.
"Love should be abolished..."
-Garlic, Book of Mario 64
Top 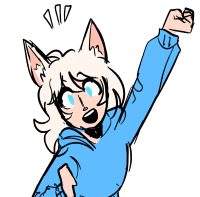 I completely forgot to introduce myself in this thread goodness me!

I'm Leddy, 16, and I'm super new to Homestuck. I've barely been here for about a month now but I've super binged a lot. I've read the mainline comics, played Hiveswap Act 1, Friendship Simulator, and Pesterquest all to their fullest currently. It's been a very fun ride so far! I'm that type of person to spend a ton of time typing nonsense to my posts, don't expect like 100 constant streams of posts but do expect usually a long reply I've tried to think out.

Fun Fact: Right after I finished reading the Epilouges, Homestuck Act 2 happened, beyond that right after I played and finished Hiveswap and was dying for Act 2 content or news, the Act 2 trailer dropped. I had some pretty magical timing :D 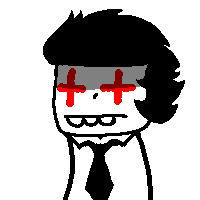 I started Homestuck back in middle school, and I'm 21 now. I used to roleplay back on the MSPAForums when those were alive, if anyone from there recognizes me, hit me up.
Top 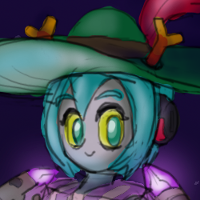 Hi I'm Morphimus, or Morph for short. Sometimes I go by Zora. (she/her)

I started reading Problem Sleuth in 2010, started Homestuck early 2011 and got on the old MSPA Fora around then too, made my first forum adventure in 2012 (it was bad), and I've just generally been a big fan of Homestuck (and Homestuck's extended family) for a long time.

Hey, it's me, Maltor [he/him, Rogue of Hope], and I'm genuinely stoked to be back on a site like this after so long. If this place captures half the energy the old forums had it'll be incredible. It's hard to believe it's been seven years since I first started reading Homestuck...
Top

Oh my why did I forgot to introduce myself here

Hi. I'm Khiara (or KhiaraMoon on twitter). I read Homestuck (and Problem Sleuth) since 2016--when I was still diving in Undertale fandom (thanks to Toby Fox's musical pieces that introduced me to Homestuck!), yet strangely I just entered the HS fandom on the middle of 2018. I made some fanworks since then, including fanarts and fanfics (non-english, sadly).

I also enjoyed Hiveswap Friendsim and Pesterquest. I haven't played Hiveswap yet for some reasons. And I'd rather not talk about The Epilogues and Homestuck^2. Sorry. For now, I am working on a private HS fanbook, doing another fanarts, and (hopefully) contribute to a fanzine project, which is cool! 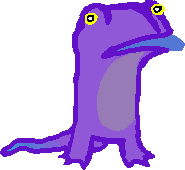 Hello from Nothing Is Okay, inventor of absolutely nothing of worth-while and lover of homestuck.

I prefer to be called "Nothing" or "North" if you want. I've read homestuck since around 2012, stopped for 4 years, and picked it back up in 2016 while it was ending (yes, because of undertale. don't judge me). I never was a part of the original mspa forums, but was pretty active around the OmegaUpdate forums around 2 or 3 years ago, usually in forum games or fanventures, but slowly fell out of the forum and comic altogether.

Now that there's a pretty hot resurgence of homestuck thanks to it's sequel, I'm getting back into it, and plan to start up the only recognizable thing I ever did on OmegaUpdate - Alchemy fight. (Imagine fight the godmodder but with more annoying rules and an alchemizer). 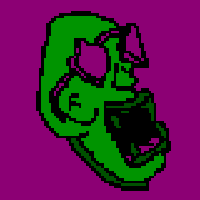 Howdy, I'm Boter, A.K.A. BoterAnon A.K.A. terribleContrapasso! I've been reading Homestuck since Act 6. Uhhh I used to lurk the original forums before they were taken down. :( I wonder if the Homestuck Act 2 team will ever use this forum to take commands? That would be cool! My favorite characters are Dirk, Aradia, Dave, and Calliope. I'm an aspiring writer. What pumpkin?

hi i'm sumi and i'm just generally glad to see a unified place for people to talk about homestuck and its supplementary content
i've been through all the main pauses and i think ive been around since 2013? i'm 20 years old at the time of writing this
i (used to) like writing stories, so now i just make music (i'm currently doing a lotta chiptune) whenever I can, rp from time to time, think about making cool big projects, and bounce around between multiple other hobbies
i also like jrpgs and fantasy junk, making OCs and worldbuilding, jazz + bossa nova, and other stuff
i also really like all the classpect stuff and i also adore everything about SBURB and the idea of fetch modi and all the cool programming references, so if you like talking about that, i'd love that (i'm a bard of void btw)
i hope to come here a bunch, maybe!
Top
Post Reply
169 posts

Return to “The General Chat Forum”